The Amish community inhabits thirty two states across the nation. Amish people have followed the lifestyles their ancestors led and have found peace in maintaining the simplicity it offers.

Many Amish families rely on farming as their primary source of income, so it isn’t strange for some of them to have rubbed elbows with the U.S. Department of Agriculture from time to time. However, an on-going scuffle between an Amish farmer and this federal department has drawn national attention recently.

Amos Miller runs an “all-natural” Amish farm in the county of Bird in Hand, Pennsylvania, called Miller’s Organic Farm. He has operated this farm for nearly three decades and has become a prominent member of his community for his farming activities.

Like other Amish farmers, Miller avoids using gasoline, fertilizer, or electricity on his farm to keep in line with his beliefs. However, he has taken it a step further by also avoiding preservatives. For this reason, he proudly brands his produce as “organic”.

Miller’s Organic Farm is a beloved business in Bird in Hand. The brand has seen rapid growth since its founding and even has an exclusive buyer’s club with around thousands of loyal members. That isn’t a small number considering Bird in Hand’s local population is only around 400 people. This implies that thousands of people from other communities are flocking to the county to purchase Miller’s produce.

The Amish farmer takes pride in selling food items such as fresh produce, cheese, raw milk, organic eggs, and grass-fed beef to his customers. Many buyers have praised Miller’s products for their purity and preservative-free nature. Miller has even gone on record and stated that some of his customers use his produce as “medicine”.

Despite having sold thousands of items to eager customers over the years, Miller’s Organic Farm has received negative attention from the U.S. Department of Agriculture. It received this attention due to Miller’s hesitance to follow federal farming regulations.

The problem can be traced back to two distinct incidents in 2014 and 2016. Both involved people in the state coming down with listeriosis illnesses. This is a serious infection that is often caused by consuming contaminated food. This disease is especially dangerous to newborns, pregnant women, older adults, and those with compromised immune systems.

Both the individuals who came down with listeriosis illnesses in 2014 and 2016 were hospitalized. However, one of them succumbed to the illness. This drew the attention of the U.S Department of Agriculture who launched an investigation and discovered the listeriosis outbreak originated from the raw milk Miller sold at this farm.

The USDA has since placed immense pressure on Miller to bring his farm to comply with federal regulations. However, the Amish farmer has resisted at every turn. This has resulted in a series of court battles, starting in 2016.

The USDA’s main point of friction with Miller has been with his refusal to abide by the “Federal Grant of Inspection” prior to slaughtering, preparing, and selling meat and poultry. The farmer argued he had been performing slaughter and meat production activities for many years without ever having to worry about federal inspections.

Despite Miller’s passionate resistance, the Department of Justice won permanent injunctions against the farmer in March 2017 and November 2019. However, the Food Safety and Inspection Service (FSIS) later discovered Miller still wasn’t complying with the injunction.

The DOJ opened another case against Miller in 2021 and he was prevented from selling most of his meat and poultry products in 2022. He currently faces a whopping $300,000 in fines and the possibility of incarceration.

This incident has sparked a heated debate about the rights and freedoms of people in the country. One can acknowledge that Miller’s products did in-fact harm people in the past. However, these individuals made the conscious decision to purchase and consume them.

The Amish are known to be one of the most community-oriented groups in the country. So it is unfair to state that they do not care about the wellbeing of others. Forcing these people to live a certain way could be considered “anti-community”, and even cruel. Especially considering that the Amish do not interfere in other people’s matters.

So will Miller’s Organic Farm ever be able to continue its activities as it has done in the past? The nation is eagerly watching Amos Miller’s battle with the USDA to find out. To learn more about this and other agricultural related topics please become a paid subscriber to my weekly blog by clicking on the link on the home page. 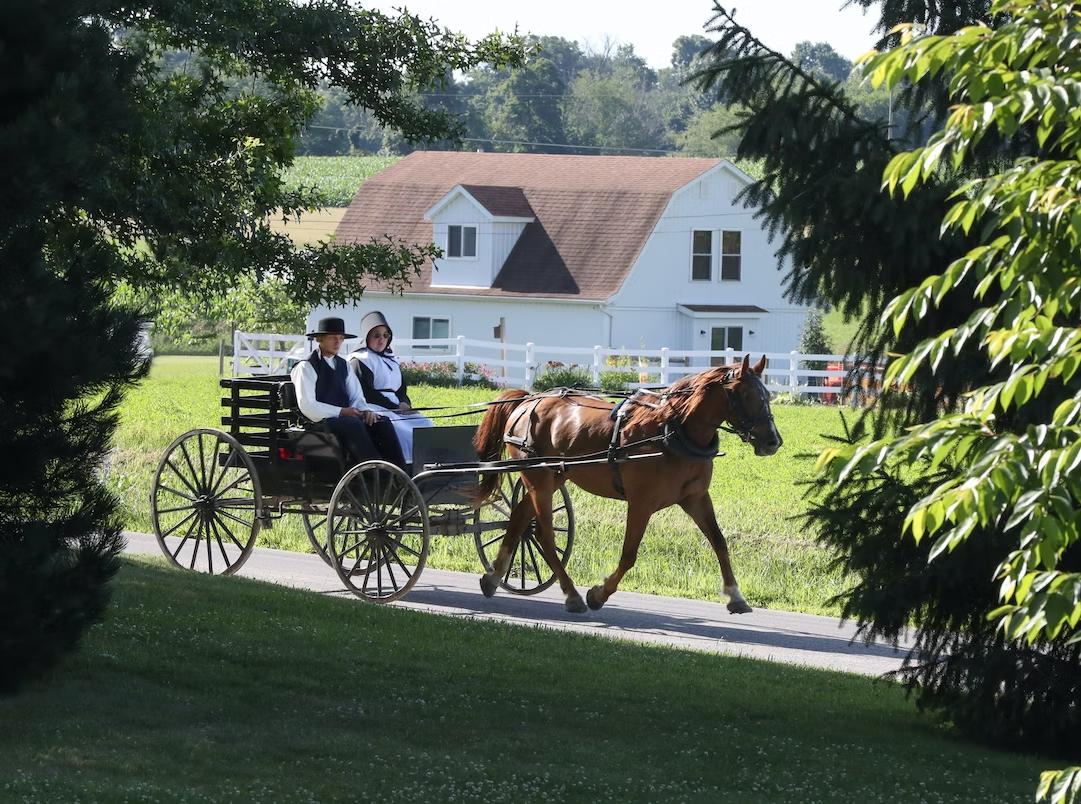