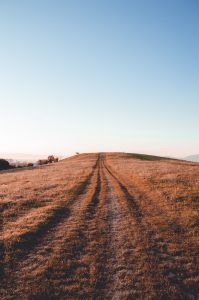 Chances are, you have never heard of the Khoisan or San people of South Africa despite these two cultures being among the oldest groups in the region. As nomad farmers and hunter-gathers, their cultures have survived thousands of years by living off the land. Like many Indigenous peoples across the world, their way of life is continuously threatened by those who seek to profit. Hundreds of years ago, European settlers posed the most significant threat. Today, it is the corporate interest of companies such as Amazon and their desire to expand distribution.

The South African city of Cape Town echoes the ongoing conflict between business development and the longstanding inhabitants of an area.  Currently, Amazon is worth $1.56 trillion in revenue and assets and is looking to expand its reach into South Africa. While some cities would welcome such an economic opportunity, there is a significant issue. The proposed site for the new Amazon warehouse is set to be built on sacred Indigenous land.  It is a scenario that has played out countless times before as a point of controversy. This time, the land in question is a burial ground.

Thanks to Judge Patricia Goliath, (a fitting name indeed) of the South African High Court, an injunction was granted in March 2022 to preserve the 37-acre site sought after by Amazon. Cape Town, along with the Khoi and San people can enjoy temporary relief pending additional consultation. Construction on the sacred land along a path of two rivers and a grassland area where the gravesite is located has halted. Further, the nomadic way of life of the indigenous people is protected for the time being.

Difference between a B-Corp vs. Farm Cooperative