A Federal judge presiding in North Dakota has ruled to deny the upper-midwest State’s request to dismiss a lawsuit filed by two Native American tribes. The tribes originally sued the State over a new redistricting map they claimed “diluted” their tribal members’ voting strength.

Tribal representatives reviewed the map and pointed out that it separated the House districts located on the Turtle Mountain Indian Reservation in the State’s northern region and the Fort Berthold Reservation, which hosts the Three Affiliated Tribes in the State’s western region.

Some tribal lawmakers support the move, stating that it would increase the chances of tribes electing their members to the Legislature.

Others, such as members from Turtle Mountain, argued the split House forces tribal members into just one house district on the reservation. They went on to state that the move would dilute Native Americans’ votes with non-native voters in the non-reservation region.

Spirit Lake also claims the new map dilutes Native voters residing in and close to its reservation. The tribe’s Chair declared that the North Dakota Legislature’s new district map “silences” Native Americans on each issue and lowers their chances of electing a candidate that represents their community’s interests.

The North Dakota Judge’s Refusal to Dismiss the Lawsuit

The State initially responded to the lawsuit by alleging the tribes lacked the appropriate standing to sue. However, U.S. District Judge Peter Welte ruled to dismiss this argument on July 7th.

Welte, who has been chief judge for the United States District Court for North Dakota since August 2019, Stated that tribes possess adequate standing to protect their member’s voting rights. North Dakota’s Secretary of State, Al Jaeger, has refused to comment on the ongoing issue.

The State Renews Its Request

The State renewed its request to dismiss the lawsuit on July 21st. They filed court papers in which they denied the Spirit Lake Tribe and the Turtle Mountain Band of Chippewa’s allegations against them. The issue will likely go to trial in 2023 if both parties are unable to reach a resolution.

Past Issues Between North Dakota Tribes and the State

The map redistricting issue is far from the first conflict between Native American tribes and the North Dakota State. In 2018, Native American groups criticized the State’s updated voter requirements that forced residents to present identification with a current street address at polling stations. The requirement excluded individuals who had set a P.O box as their address from voting.

Many Native American groups felt the issue targeted them specifically as numerous reservations do not use physical addresses. Group leaders also pointed out that Native Americans were significantly overrepresented in the region’s homeless population and that they wouldn’t be able to present a residential address.

This lawsuit presented by the Standing Rock Sioux Tribe and the Spirit Lake Nation went on for two years before it was settled. The State’s then Secretary of State, Alvin Jaeger, agreed to ensure that all Native Americans who were qualified to vote could vote. This included relieving specific “burdens” on Tribes related to presenting a residential street address for their tribal voter I.Ds.

The Importance of Tribal Voter Representation in North Dakota

Native Americans make up approximately 5% of North Dakota’s population. However, their votes have had a significant impact on local elections. For example, in 2012, the Native American voting bloc played an instrumental role in helping Democratic Senator Heidi Heitkamp be elected to the Senate. The victory made her the first woman from North Dakota to be elected to the Senate.

Heitkamp ran for re-election in 2018, but lost to Republican Kevin Cramer. The loss was attributed to a federal judge’s decision that required Native Americans to comply with the new voter I.D restrictions.

The State’s recent ruling against the redistricting map is a positive step that aims to ensure Native Americans are represented in the State’s voting bloc. Tribes in other States will be watching the case closely as it demonstrates how committed the judicial system is to protecting the rights of Native Americans, who make up a core part of the country’s population. 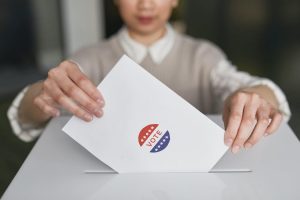